The Intro to a Debt-Free Life

“The most dangerous obstacle to building wealth is debt. Most people will never achieve true wealth because of their acceptance of debt throughout their lives.”

There I was. Sitting on the living room floor like the many Fridays before. Financial Fridays I called them, where I spent about a half  hour to an hour sorting out finances and learning something financially useful. This one was different. This one held the culmination of a commitment I made nearly 3 years ago and recalibrated many times over. This was the day that Michelle and I were going to be living that debt-free life.

As I sat down, I plugged my 2009 laptop charger cord in (the computer won’t work without it). In the long moments it took for my laptop to fire up, I reflected on the past decade’s struggles, sacrifices, and fear-based thoughts I had around money. And I thought about how much I’ve learned over these years and how that would be the foundation to building wealth into the future. And most importantly, I thought of all the fun shit we still did while being on an aggressive debt payoff budget. This moment was serendipitous, but my relationship with money was and still is a work in progress.

In college I became aware of my scarcity mindset towards money. I made peanuts during my freshman and sophomore year and relied heavily on Mom and Dad. God bless them. While I had a job, being a full-time student and working enough hours to be independent was a challenge. I constantly worried about spending my and my parent’s money while trying to keep up with the fun of college. This pressure built each time my part of the share towards rent and groceries was due. I wanted and needed money to contribute to friends and not seem like a free-loader. But instead, I sometimes felt as if I was that cheap-skate roomate that mooched condiments and didn’t contribute as much as he should have.

I am forever grateful for the sacrifice my parents made to allow me a transformational and positive college experience. Not a day goes by that I don’t recognize this privelege in my life.

The years went by, and after college I grew into an “adult” and eventually moved in with my beautiful girlfriend (now wife), Michelle. We both had student loan debt with interest that wouldn’t stop accruing. Our income rose and fell as jobs and expenses changed. I learned more and more about how to make ends meet, and the decision to combine finances upon marriage was imminent and something I felt strongly about. We were a team. Time to stop fucking around.

At 26, I made a sweeping declaration that I (which included both Michelle and I) wanted to be debt free by 33. Mainly because it had a nice ring to it and I convinced myself that being debt free would solve all of my issues. I had no way of knowing if this was realistic given I had a lot to learn about making smarter financial decisions. I found this unique little template on Microsoft Excel, and everything changed for me.

We paid off more debt together as a couple and made a big move across the US, then we started sharing more with each other about what a “Rich Life” or “Financial Freedom” meant to us. The thoughts, feelings, experiences, things, friendships, etc. we wanted and how these things would evolve. Which led to conversations of how we can be better citizens, friends, consumers, and givers in the world while living with less and more purposefully.

I realized that I didn’t want to be a slave to debt payments, interest, and a job to make ends meet. Instead, I wanted the freedom to take risks because I was financially free. To me, being debt-free and financially secure was the ticket to avoid playing small in life.

At 27, we discovered minimalism through a documentary and had many conversations about it. We realized that we needed to surround ourselves with things and people that brought us joy, not just for the sake of doing or having.

The documentary and articles that followed inspired us to think about making our sacrafice mean something. It gave us a chance to spend less time on expensive entertainment and more time on improving our lives and relationship together.

I’m not one to buy into the “life is too short to sacrifice what you want,” “travel young while you can,” “wait until you have kids,” “you can’t take money with you,” so on and so on. There was a lot of ‘FOMO’ (Fear of Missing Out) with this but there were also many ways to combat it as we would find out. Put simply, I believe that discipline equals freedom.

All of the micro-sacrifices we made over the years were minor in comparison to the personal growth we experienced during this time. We discovered more on how to live a value-based life without a huge budget. Through the journey, we have found and agree on what’s most important in our lives.

The inner work is equally as important as anything we will ever do. That is one of the foundations of becoming debt-free. To become more of the person you want to be and set you up to be even better without the influence of debt.

My laptop finally fired up, and I snapped back into it in the living room. I paused for a moment when I got beyond the student loan login screen and then the account balance page. I saw the hefty remaining number of $5,700 and thought about all of the other amazing shit we could do with that money.

My mind shifted directly to the future opportunities of allocating this “would be” debt payment each month to other financially wise buckets. Now, for the final click. Since Michelle was home, I invited her over for the proverbial one-hand-on-one-another mouse click, while staring romantically into each other’s eyes and smiling….not really.

As we hit the button on the final student loan payment, I looked over to Michelle and said, “Well, that’s one way to pay off $58,330 in three years. What’s next?”

This article is the introductory to a series I’ve dubbed as the Debt-Free Chronicles. The next article in the series, relates to financial freedom and combining your finances which were the first steps we took in our debt free journey.

Combine Your Finances And Define Financial Freedom To Eliminate Debt 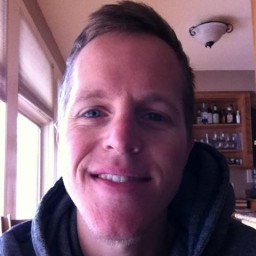